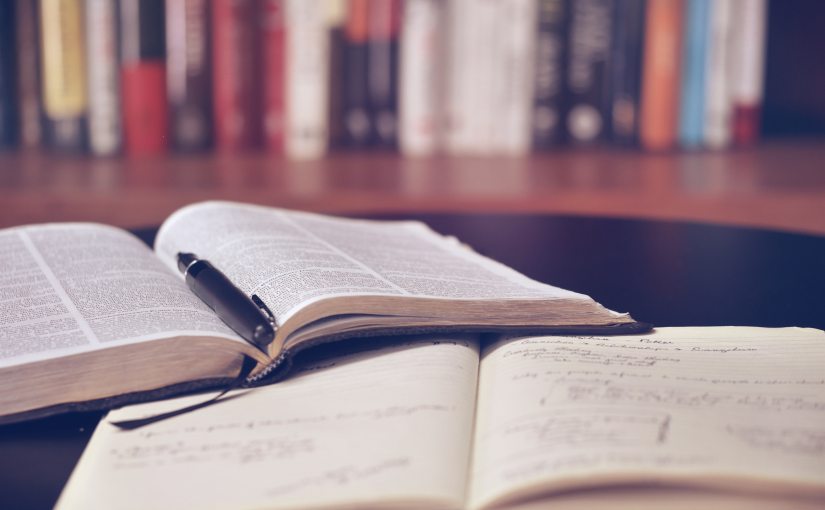 One thing making personal and public conversations difficult, inside and outside the church, is we live in a day and age where our understanding of an issue is weak but our passion is strong. This creates over-confidence in our opinions—when we should continue listening and learning—and animosity toward those we disagree with.[1] A lack of committed study and critical thinking is undercutting healthy conversations. We need to recommit ourselves to not only listening, but also to learning. We need to be diligent about better understanding matters we express opinions on.

We are quick to be passionate about things we’ve given little thought too or had much experience with.[2] We get swept up in movements and responses. A headline, article, or news story incites people. They get a tweet or talking point and build a whole set of convictions around it without studying the issue or learning the ins and outs. They then get into heated debates or post sweeping statements on whatever’s in the news cycle, and then a month or two later move onto something else with the same level of fire. We have a culture passionate about and committed to their thirty-second sound bite, but ask questions and press them to engage at a deeper level and the clarity gives way to ambiguity. Alan Noble defines this as “thin beliefs.”

“While the secular age does not necessarily lead to philosophical relativism, it does lead to thin belief. By “thin belief” I mean a set of foundational ideas about the world that lack robust explanatory power. Their sources may be obscured from us, consciously or not. They may come in direct conflict with other beliefs we hold (more on that later).

We hold a thin belief when we fail to grasp its assorted justifications and reasonings, and therefore are unable to articulate it fully. We then struggle to consistently live according to it. Thin beliefs are easy to adopt and then toss away, so they are useful for crafting our self-image. Not that the beliefs themselves necessarily lack depth, tradition, passion, or truth. In fact, this is part of the great shame of thin belief: it may affect otherwise good beliefs, mistreating and misrepresenting them.”[3]

That’s not something that can happen, but it’s the norm for most people today. It’s part of our culture with “thin views” (understanding) about something but a deep emotional commitment to them. If you read books diagnosing our culture, this is a widespread problem. We’re not a reflective, informed, deep thinking people, inside or outside the church. Now I’m not saying that’s true for every one of us—and we all come up with reasons why we’re exempt from this cultural condition—but the reality is all of us are more tempted by and predisposed to this than we realize.

“Nowhere is this vice more evident in cultural engagement that in our tendency to assume or adopt an opinion without diligent research and understanding. Less harmful, perhaps, but even more common is the practice of carelessly sharing an article on social media without reading it or vetting the source, something most of us are guilty of from time to time. It probably is safe to say that the ‘fake news’ phenomenon is due almost entirely to a lack in the virtue of diligence.”[4]

A twofold problem in this (among others) is a deep emotional commitment to a stance or movement without a deep intellectual understanding of it, and a commitment to my side that keeps me from genuine dialogue and listening to someone who disagrees. As our pride puffs up our view of anyone who disagrees goes down. Rather than communication existing for the sake of mutual understanding and winsome persuasion, it’s a sword wielded to win arguments and gain the upper-hand.

Because of the value of signaling our thoughts tied to the associated identity, we must voice where we stand and make it known where we fall on the issue. “The best thing we can do is stand for something. And once we commit to a cause, its momentum sweeps us along.”[5] We then often weigh in on things we don’t really have much experience or developed study of, and we crush rather than cultivate conversation through the “hot-take” headlines we post or echo. Our views can become just as much about our identity in identifying with a side as they’re about biblical convictions.

This is part of the world today where technology and social media plays a huge role, where news and information hits us in overwhelming amounts and feels impossible to sort through, and where movements come up fast and force people to choose a side or express if they’re for or against it.

Social media and “news as entertainment” on the TV and radio only make this worse as echo-chambers rely on fear and group solidarity rather than facts. Listeners and viewers then experience an over-confidence in their correctness despite their limited understanding of all the issues and viewpoints. “Especially when used for political engagement, social media gives users a deceptive sense of confidence and support from their virtual community. That sense of virtual community, in turn, gives users felt permission to speak with far greater vigor, stridency, and confidence than they would speak to a live human being.”[6]

One exhortation for us (including myself) today is to be slower to speak into things we’re not as knowledgeable about, or at least speak with an honest and humble of admission of our limited knowledge and experience. Talk with others who are different from you and might not agree with you. We can learn from one another, and listening with empathy can be a helpful corrective to our own myopic understanding and experience. Add a dose of listening and silence to combat your knee-jerk response of speaking.

Paul Miller encourages us there might be wisdom in not having opinions about everything, or at least not expressing and defending all of them.

“We are blessed to live in a country where we can believe and say anything. That doesn’t mean we should. Nor does it mean that whatever we say or believe has automatic validity. Learn and study before forming an opinion; if someone disagrees, ask why and listen. Do not rush to ascribe malice, foolishness, or stupidity to someone just because they disagree with you.”[7]

Second, be diligent in your study of issues and discussions, especially if you’re going to speak into them. Begin with studying Scripture, not ignoring it and not using it to fit with your views. Then leverage the knowledge available from other trusted sources.

Develop your thoughts and opinions by studying up on them and stewing over them. Don’t present a conversation meal you’ve microwaved or picked up at the drive-thru; offer something that’s had enough time to stew and marinate into a robust and well-seasoned dish.

“The word ‘diligence’ comes from a root word that means ‘care’ and ‘attentiveness.’ One feature of these times when so much news and information is thrust before us minute by minute is that it is impossible to attend with care every single disaster, debate, or development. In the age of the ‘hot take,’ when everyone is expected to have an opinion on the issue of the day and silence is too often assumed to equal indifference, it is tempting to weigh in on everything regardless of how little we actually know about the topic.

No one can be an expert in everything. But we can choose to be more knowledgeable about some of the issues that most define and vex the current culture. To practice the virtue of diligence requires that we approach issues we choose to engage with the care and attention due them—and to refrain from ironclad pronouncements when that care and attention reveal our need for another virtue: humility.”[8]

Part of diving into issues at a deeper level includes turning to thoughtful, critical, and trusted sources. Find better sources, sources committed to critical thinking, objective truth, and a depth of research. One encouragement is to be careful where you get your news. Don’t believe everything you read, hear, and see. Just because there’s a Facebook meme or news headline for something doesn’t make it the truth.

Paul Miller points to the dangers of some mediums over others (admitting even printed pieces are imperfect).

“It is good civic hygiene to stay informed about current events. TV and social media are very bad at this. They seem better suited to entertainment and superficial connection with friends, respectively. Avoid TV news and talk shows, subscribe to a newspaper or news magazine, and do not debate politics over Facebook or Twitter. Do not use late-night comedy or YouTube shows as your primary sources of news. Print media do not avoid bias, but they do engage our minds more actively, helping us to assess and filter out bias. Text is also less emotional and less sensational than the image-based media of TV and most social media. Debate politics with passion, but do so face-to-face with your friends, colleagues, and neighbors, not over the internet.”[9]

[2] To understand this cultural climate, read Alan Noble’s Disruptive Witness. See pages 45–48 for a great example of this. See also pages 56-57 from Cultural Engagement, edited by Joshua D. Chatraw and Karen Swallow Prior.

[7] “7 Ways You Can Contribute to Better Discourse” by Paul Miller at thegospelcoalition.org

[9] “7 Ways You Can Contribute to Better Discourse” by Paul Miller at thegospelcoalition.org

One thought on “Thin Beliefs and The Need for Deeper Thinking”