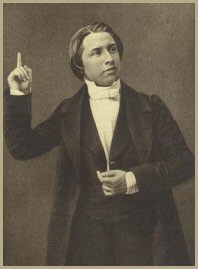 One word in the Bible can be a game changer. When John says “SEE what kind of the Father has given to us, that we should be called the children of God, and so we are” (1 John 3:1), it’s like he brings us to a halt with hands waving and fingers pointing to a jaw-dropping sight. You’ve got to see this! Look! Come and see something you won’t believe! While we are quick to speak of God-especially his love-with generalizations and glance over Scripture in our readings, John invites us to slow down, take a look at something, and be amazed.

While there are many things in Scripture worth meditating on (thinking and feeling deeply about) the Father’s love is the Grand Canyon of such sights. It’s so breath-taking and inspiring that John believes those who see it, really see it, will be changed by it.

In his commentary on 1 John, Charles Spurgeon follows John’s lead but not skipping past this verse. While this is a lengthy quote (a no-no in today’s low attention span world where we scroll from one image to the next), Spurgeon also echoes the importance of us seeing. And what a sight for sore eyes it is.

This word “see” is a word of wonder. John had lived among wonders. John’s life, from the time of his conversion, was a life of wonders, not only in what he saw with his natural eye, but in all the sights that the Lord gave him to see with his spiritual eye when he appeared to him in “the island called Patmos” (Rev 1:9). His life was crowned with wonders in his memorable escape from martyrdom, when, according to tradition, he was cast into a cauldron of boiling oil but came out unharmed, his Master having determined that he was not by martyrdom to glorify His name. If ever there was a seer among men to whom wonders became common things, it was John. Yet as he wrote this heavenly epistle, he could not help bursting out in exclamations of amazement such as do not generally come from writers so much as from speakers: “See,” says he, “See what sort of love!”
But this “see” is also a note of instruction. It is as if the man of God said, “Stand still, and consider the extraordinary love of God.” Do not speak of it, for some of these things slip glibly from the tongue. Sit down, and ponder, and weigh, mark, and behold. See what sort of love. Here, take your glass, and look at it microscopically. Study it. Wonder at it. Study it with every faculty concentrated on it; you shall find new excellences in it every time you look into it. “See what sort of love”—the very manner of it is exceedingly sublime and adorable. Do not merely glance and go your way. Stop and rest, and pry into this secret, comparing this love with all other loves, and the manner of it with the manner of men. Come here, and dig where there are nuggets of pure gold to reward every moment of your industry. Sink your shafts here, and go into the depths to bring up this priceless treasure. See: read, mark, learn, inwardly digest, and still see again. Look, and look, and look on; there will be no end to the discoveries you will make. When you have looked, remember that you have not been gazing upon a mere appearance, but have beheld an actual fact: “See what sort of love the Father has given to us that we should be called children of God.” When you have beheld this, then look again, and behold with equal admiration that it is no supposition, or fancy, or romance. The Lord calls us children, “and we are.”

what sort of love “See what sort of——” What is the word? “What sort of gift the Father has given to us that we should be called the children of God”? It might have been so written, and have been quite correct; but it is not so written. “See what sort of honor the Father has given”? No, no! “See what sort of love the Father has given to us.” It is as much as to say that the adopting of a man to be a son of God is an act that involves so much of love that you are bidden especially to fix your eyes on the love of it and to notice its manner.
Now just think for a minute what intense love is manifested to that man who is favored to be called a child of God. It is love in the highest degree. What love you would have in your heart if you were to take a wanton and malicious enemy and say, “You shall be my son”! If one had wronged you, and despised you, and defied your authority, and you should say to him, “You shall be my child from this time forward,” what a singular deed of love would this be! Yet it might not be very much for you to do, for you may be, after all, nothing very great. It would, however, be the utmost your love could devise. Only think of what it must be for God—even that infinite and eternal Spirit—to say, “You will be my child. I will take you, though you are an heir of wrath, and make you mine.” In this, indeed, is love; love worth the beholding.
It is certainly an undeserved love, because no man can possibly deserve to be made into a child of God. Grace in this instance is the sole source of the stream of goodness. You might think it possible that you could deserve some ordinary gift, but you could not deserve such a benefit as to be made a son of God. If you had never sinned, I do not see that you could have had any right to sonship. The most faithful service does not make a servant into a son. If you had been perfect, what would you have given to God as purchase money for this high dignity? He is great and glorious without your service. To be promoted to be a prince of the royal blood of heaven—it is not possible for any man to deserve this. No works can climb to this lofty place; only faith can reach it by the power of grace. “But as many as received him—to those who believe in his name—he gave to them authority to become children of God” (John 1:12). This power, this privilege, this honor of sonship before God, is gained in no other way but that of faith.
There is everlasting love in it. If God makes you to be called a son of God, that is done, and done forever; it never can be undone. Here is the joy of it. The servant does not abide in the house forever, but a son abides always. The relationships that come of service begin and end. You know it is so among men. You can say to a hired servant, “Take your money and be gone,” but you cannot say that to your son. Whatever you give him or do not give him, if he is your son, he is your son, and always must be so. This is especially true of the children of God—they are not only called the children of God, but it is added, “and we are.” Indeed we are, and ever shall be, His sons. We are made really to be what we are said to be. We are called the children of God, and we are the children of God, and this cannot be undone.
It is infinite love that knows no end. It is the love of the Father—that glorious person of the blessed Trinity in whom the fountain of all grace is seen. It is the Father who in boundless love has called us to be His sons. Jesus says, “the Father himself loves you” (John 16:27). It is not the death of Jesus that moved the heart of the Father to love us, as some fondly dream. The truth is that the Father’s love is the reason why Jesus was given. How it unveils the heart of the Father when we see that He who gave His Son for us has also bestowed upon us this manner of love, that we should be called His sons! Let us adore and love the great Father of our spirits, whose love is the first cause of all our blessedness.

One thought on “See It!”