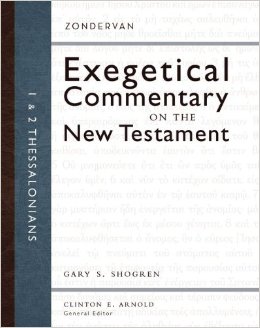 The King James Version translates 1 Thessalonians 5:22 as “abstain from all appearance of evil.” While studying verses 16-22 in preparation of a sermon I came across this quote from Gary Shogren. Having been raised in a church culture where the appearance of holiness rivaled actual holiness, his remarks were a helpful antidote to obsession with any “appearance” of evil we might give off. Obviously this could be taken too far if we exercise no cautious wisdom at all when it comes to appearances of sin that might be detrimental, but his words are still worth considering.

“The KJV translation, ‘abstain from all appearance of evil’ is unfortunate, although I am not certain whether the translators of the KJV or the users of that version are to blame for a longstanding misinterpretation. Its rendering of 5:22 has ben the basis for what is virtually a special branch of ethics, that a believer should refrain from any practice which might appear to be evil, typically to another Christian, although in theory, to any person whatever.

This has lad to the principle that one’s behavior should be guided by the perception of others, even in no one has voiced an objection: ‘Well, you don’t think it’s wrong, and neither do I, and nobody has said anything about it, but to someone it might give an ‘appearance of evil’,’ and therefore you must refrain from it.’ Usually this interpretation of 5:22 is linked with not being a stumbling block to other people (1 Cor. 8:13). This is not at all the gist of Paul’s command in 5:22. ‘All appearance of evil’ must be laid aside in favor of ‘every sort’ or ‘every kind’ of evil, as the NIV and many other versions have. Paul is not speaking of ‘what appears to be wrong’ but ‘evil, which shows its face in many ways.'” (Shogren, 1 & 2 Thessalonians, 227)

Enjoy the movie theater, the dance hall, the athletic complex, or the pub restaurant with a free conscience, but of course, avoid evil and don’t sin. Let the Word and a clear conscience be your primary guides, not appearance or opinion.